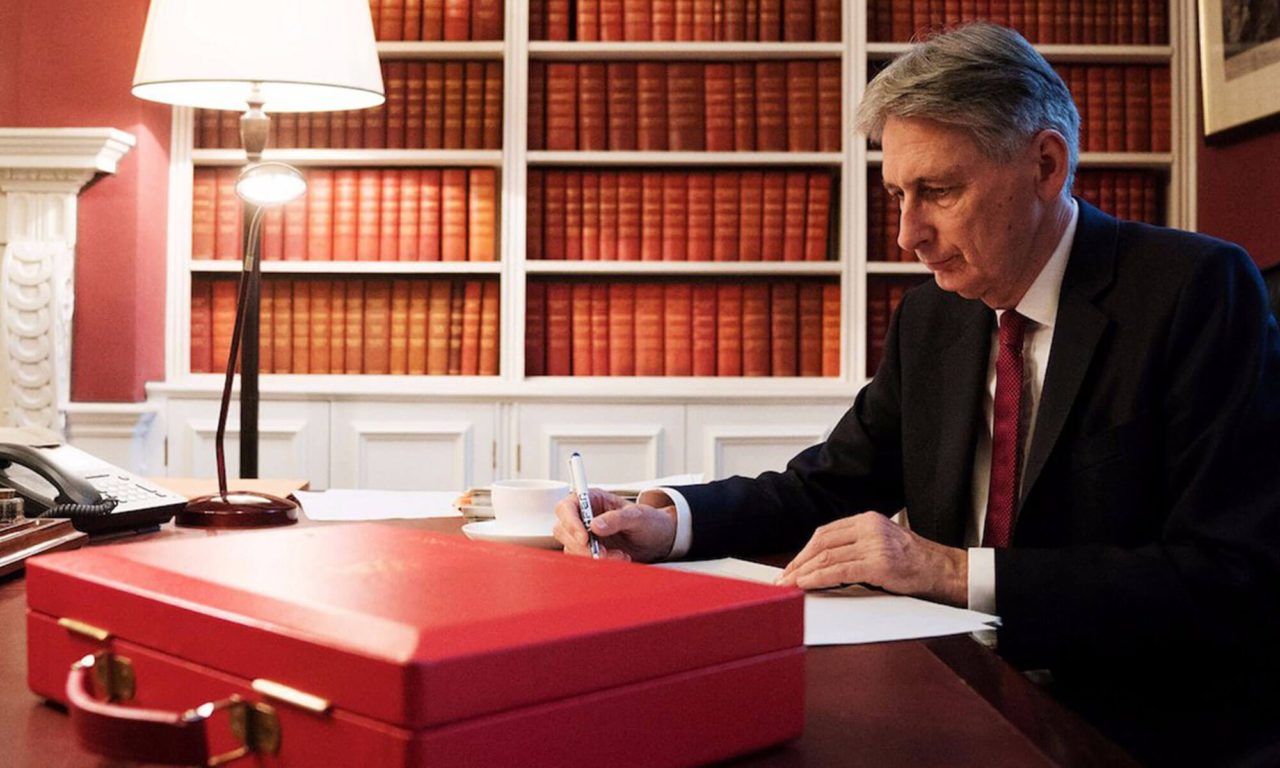 Autumn Budget 2018: What does it mean for my business?

Chancellor Philip Hammond once again wielded the famous red briefcase on Monday as he announced the government’s Autumn Budget for government spending over coming months and years.

Hammond’s third budget in-post and, crucially, the final budget before Brexit’s big news saw the chancellor declare that austerity was ending.  Predictably this was disputed by the opposition as he forecasted growth of 1.3% for 2018.

We’ve broken down what this means with some key changes heading the way of UK businesses below.

Arguably one of the biggest headline-grabbers, certainly for small businesses, was the pledge to cut business rates by one third for businesses with a rateable value of less than £51,000 for two years from April 2019 (how do I calculate my rateable value?).

If you fit the criteria, then the chances are you’ll see a notable reduction in the business rates you pay. The government believes the reduction will result in an average annual saving of £8,000 for 90% (that’s half a million) independent businesses.

Don’t forget, there’s some level business rate relief available for most businesses, so make sure you find out what you’re entitled to.

Check out our 2017 blog on business rates and their recent history.

Helping the High Streets (and the planet)

It’s no secret that High Streets are in steady decline.  The Office for National Statistics (ONS) released figures in August showing that one in every five retail pounds spent is now online.  The chancellor was effusive in his desire to halt this slide and announced a number of initiatives in response.

He announced the creation of a “future high street fund” stocked with £675 million to improve footfall in and around city centres and stimulate spending.

Likewise, planning laws are to be relaxed, allowing easier conversion of empty shops into useful offices, spaces and homes to maintain footfall in those areas.

Those who use plastic packaging in their products are also being nudged towards a more sustainable future as the chancellor reiterated his desire for the UK to “lead the world in the crusade to tackle plastic waste”.

Although details are still thin on the ground at this stage, businesses who use plastic packaging need to be planning to mitigate an increased cost or to substitute their packaging’s plastic.  This will likely include a supply chain audit, so there’s no time to waste.

Good news for businesses that lodged complaints about the 10% Apprenticeship levy; it has been halved with a £695 million support package.  Philip Hammond also confirmed that the government would continue to fully-fund Apprenticeships for 16 to 18-year-olds in companies with less than 50 staff.

Not so good news for employers who have large numbers of low-wage staff as the chancellor announced another increase in the national living wage, to the tune of 4.9%.  This bumps it up from £7.83 to £8.21 an hour for employees aged 25 and over.  There is a similar jump for those below 25.

You will need whoever looks after your finances to reassess your position with regards to levy payments and wages; whether that’s your finance team, an outsourced resource or yourself.  Wage expenditure will increase from April 2019, but this will be offset slightly by any levy payment reduction.

Recent scandals have made tech giants like Google, Amazon and Facebook public enemy number one in the UK for the misuse of the public’s data and the low tax-to-revenue ratio their international models afford them.  This made them an easy target for the chancellor as he looked for ways to raise government funds without penalising taxpayers further.

A new 2% tax on online purchases for companies with over £500 million in revenue was the result the government settled on, which is expected to make them £400 million per year from April 2020.

Unless you’re reading this from a digital unicorn, there doesn’t appear to be a significant downside.  There is a chance that the affected companies may start building their extra expense into their pricing and hence move the impact down to their customers.  If you’re a technical competitor of these digital giants, the tax could actually give you an opportunity to win some new customers.

Monday saw a fairly insignificant budget for schools.  The chancellor announced a £400 million per year pot of cash to help boost equipment and “little extras”.  A lot of money, but not per school, who’ll see just £10,000 (primaries) and £50,000 (secondaries).

If you’re in charge of a school’s finances or procurement, this will be little comfort.  You’ll be looking for funding of the level that could provide more quality staff, rather than a few new computers.  The opposition were also quick to point out that it’s £20 million less than the money allocated for pothole filling.  Many schools, particularly those classed as academies, are looking at more innovative ways of generating revenue.  Check out this case study of an academy Great Annual Savings Group helped reduce their outgoings.

Self-employed workers will see their tax bills increase from 2020 onwards as the government’s off-payroll working rules, known to those in the public sector as IR35, are set to be implemented into to the private sector tax structure.

Without meaning to state the obvious, if you’re self-employed and outsourcing yourself to third-party businesses, the likelihood is you’re going to paying a considerably higher amount of tax come 2020. Tax experts have even gone as far as to estimate that IR35 could reduce a worker’s net income by up to 25 per cent.

In a move designed to support the entrepreneurial spirit throughout the UK, the Start-up Loans Programme has been extended until 2021, backing a further 10,000 new businesses.

You might think this doesn’t apply to you if you already own a business, however, this isn’t the case.

The programme offers loans ranging between from £500 up to £25,000 (at a 6% interest rate) alongside free mentoring and support to individuals who are not only starting a new business, but also to those who have been trading for less than two years.

Are you concerned with your business’ position ahead of the economic uncertainty of 2019?  We can help you control your outgoing costs in more areas of expenditure than any other consultancy.

Speak to one of our friendly experts for a no-obligation chat or quote on reducing your running costs today.