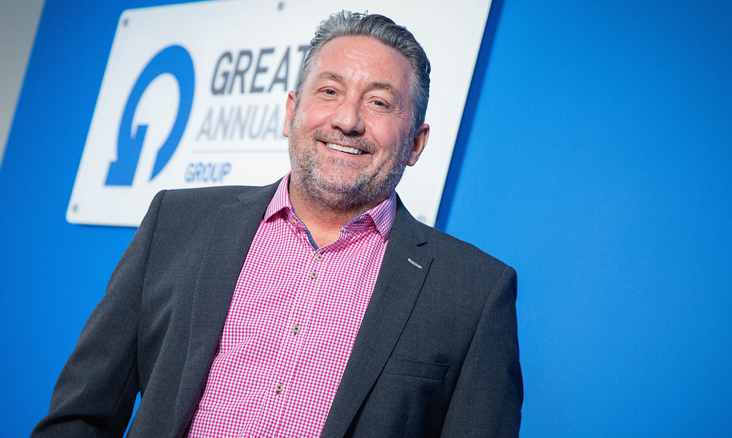 Great Annual Savings Group (GAS) has experienced a phenomenal response to the launch of the 2020/21 Sunderland AFC home kit on social media, which has struck a chord with CEO Brad Groves.

The new home shirt was released by the club at 10am today, proudly featuring the GAS logo emblazoned across the chest.

Thousands of SAFC supporters rushed to engage with the Group online and take part in a home shirt giveaway.  Such was the demand, GAS has purchased more shirts as prizes and will now give away 20 shirts in a draw next week to lucky winners.

Inspired by the enthusiastic response, Groves has instructed the Group to translate that reaction into value for the city.

As a result, GAS has pledged to donate £5,000 to Sunderland and County Durham Foodbank if its Twitter account reaches 5,000 followers by midnight on Sunday 9 August.

The initiative has gained support from both Sunderland AFC and independent supporters trust Red and White Army.

Groves believes it is the perfect opportunity to use the positive response to help those who have been affected by the Covid-19 pandemic.  He said:

“We were clear in our statement when the principal partnership was announced that we wanted to use this platform to produce a positive impact on the community.

“In a world of rising unemployment and economic uncertainty, there are going to be families in the city who will fall on hard times and need to access foodbanks.  It has become an all too common trend in our country and we know that the Sunderland and County Durham Foodbank will be stretched.

“We have supported the Foodbank for the last three years through the generosity of our colleagues and we want to follow the example that Sunderland supporters have set with their collection recently.  We hope this strikes a chord with supporters and we can donate the maximum £10,000.

“We will be engaging further with the Foodbank throughout this partnership to leverage the incredible social power of the club, who are keen to support us.

“I would also like to thank Red and White Army, who have pushed this important agenda in the city repeatedly and have given us their backing to go ahead.”

Glenn Jones, Chairman of the Board of Trustees at Sunderland and County Durham Foodbank, said:

“The pandemic and news of job losses around the country is going to place further strain on frontline services like ours.

“GAS has been a valued and generous partner to us over recent years and their staff have raised significant sums to help those in need, as have the brilliant Sunderland supporters with collections for us through Red and White Army.”

“This is a fantastic initiative by Great Annual Savings.  As a new commercial partner for SAFC it is really encouraging to see them hit the ground running when it comes to supporting the local community.

“Having worked with the foodbank these past few years, we know how much this level of support will mean to them, particularly in these uncertain times.”

To show your support to the Durham and Sunderland Foodbank simply follow @The_GAS_Group on Twitter by midnight on Sunday 9 August.

Find out more about the partnership here.